Dr. Lisner received his Bachelor of Arts degree as an Echols Scholar from the University of Virginia in Charlottesville, VA, in 1989 and earned his medical degree from the University of Virginia in 1993. He completed his internship and residency in Internal Medicine at the University of Iowa Hospitals and Clinics in Iowa City, IA, in 1994 and 1996, respectively. He is certified by the American Board of Internal Medicine, and has been elected into fellowship with The American College of Physicians. Dr. Lisner is a Hampton Roads native and an honor graduate of Kempsville High School in Virginia Beach.

Dr. Lisner is an Internal Medicine physician who has special interests in preventive health, medical technology, cardiovascular disease, pulmonary medicine, diabetes and rheumatology. He has repeatedly been selected to America’s Top Physicians, Best Doctors in America and to Hampton Roads Top Docs. Dr. Lisner has provided care for community and business leaders over the past two decades and has also been selected to Who’s Who in Executives and Professionals as well as Who’s Who in Finance and Industry. He is professionally associated with the American College of Physicians, the American Medical Association and the Norfolk Academy of Medicine.

Dr. Lisner is married to Dr. Diana Lisner, a pediatrician in Virginia Beach. He has four children, including an older son, Samuel, and triplet daughter’s Rachel, Anna and Sarah. He enjoys sports of all varieties, coaching his children’s sports teams, fly-fishing, tropical fish aquariums, and has been active in music performances.

Dr. Clifford earned his medical degree from the University of Virginia in Charlottesville, VA, in 1982 after completing his Bachelor of Arts degree in the Humanities with Honors at Stanford University in Palo Alto, CA, in 1978. He served his internship and residency at Vanderbilt University Medical Center in Nashville, TN, in 1983 and 1985 respectively. He then went on to join the Faculty Staff of General Internal Medicine at the University of Virginia Medical Center and a practice at the Central Virginia Community Health Center to complete his NHSC Scholarship.

Currently, Dr. Clifford serves as an Assistant Professor of Clinical Internal Medicine at Eastern Virginia Medical School in Norfolk. He is certified by the American Board of Internal Medicine.

Dr. Clifford is professionally associated with the American College of Physicians and is a Member of the Alpha Omega Alpha Medical Honor Society. Dr. Clifford is married and has three children, Jay, Lauren and Adam. He enjoys the great outdoors, running, golf, biking and computers.

Dr. Jones graduated from high school in England where he won an academic scholarship to Eton and then earned a Bachelor of Arts and Science degree from Stanford University in 1991. He went on to study at the Ecole Nationale des Ponts et Chaussées in Paris, and received his MBA in International Business in 1993. His medical degree is from the University of Chicago and he completed his internship and residency at Duke University Medical Center in 2001. He was certified by the American Board of Internal Medicine in 2002.

Dr. Jones has served as President of the Danville Pittsylvania Academy of Medicine and Chairman of Medicine at Danville Regional Medical Center. He is a Visiting Assistant Professor of Medicine at the University of Virginia and was elected a Fellow of the American College of Physicians in 2005. Dr. Jones sits on the Virginia ACP Governor’s Council and chaired the Virginia ACP’s 2008 annual Scientific Meeting, and has been named to America's Top Physicians every year since 2005. He was selected for Who's Who in Internal Medicine in 2006, and was named Virginia’s 2008 Young Internist of the Year.

Dr. Jones and his wife, Trisha, have two children; daughter Zoë and son Leo. They have three corgi dogs. He enjoys collecting fountain pens, traveling and photography. His photographs have been displayed in numerous gallery exhibitions. Years of playing rugby and a black belt in judo have greatly impaired his ability to play anything resembling golf.

Dr. Mark D. Weisman earned his medical degree from George Washington University in 1997, where he also received his Bachelor of Science Degree in 1993. He completed his residency in Internal Medicine at North Shore University Hospital in New York, and is certified by the American Board of Internal Medicine.

Dr. Weisman has previously held the position of Chief of the Department of Medicine for Sentara Norfolk General and Sentara Leigh Hospitals in addition to serving on the quality and patient care committees. He was elected a Fellow of the American College of Physicians in 2009. Dr. Weisman has a particular interest in osteoporosis and is a Certified Clinical Densitometrist. He also has a broad range of medical interests including weight loss, diabetes, and the early detection of cardiovascular disease.

Dr. Weisman is married to Carla and together they have about 1 million kids (actually they have only four children but he says it feels like a million). Christopher, Erika, Matthew and Carter occupy most of his free time. Originally from New York, he moved to Virginia Beach in 2000. He enjoys fishing, playing tennis badly, and scuba diving in the Caribbean.

Dr. Damman earned her medical degree from Eastern Virginia Medical School in Norfolk, VA, in 1988 after completing her Bachelor of Science degree from the University of Richmond in 1983. She completed her internship and residency at Yale University-Norwalk Hospital Program in Norwalk, CT, in 1989 and 1991, respectively. Dr. Damman is certified by the American Board of Internal Medicine and she is a fellow in the American College of Physicians.

As an internal medicine physician, Dr. Damman focuses on the prevention and treatment of diseases and health conditions of adults. She is highly skilled in the diagnosis, management and nonsurgical treatment of unusual or serious diseases, and has a special interest in women’s health issues.

Dr. Damman pursued a career in Internal Medicine looking forward to a long term relationship with her patients. "I enjoy seeing how both time and various life events can affect the body and how preventive medicine and early intervention can optimize your health."

Dr. Scheib is an associate Director of the Executive Evaluation Center and its Director of Women's Services. She graduated from the University of Pittsburgh and received her medical degree from Temple University School of Medicine in 1994, where she also earned the Charles Kravitz Award in Internal Medicine. She completed her internship and residency at the University of Virginia in 1997 and is certified by the American Board of Internal Medicine. She is active in the American College of Physicians and has served as a member of the Young Physicians Subcommittee. She also serves as a member of the Sentara Medical Group Board of Directors. Her special interests include women's health, cardiovascular disease management, diabetes management and preventive medicine.

Dr. Oelrich is an Associate Director of the Executive Evaluation Center and its Director of Cardiac Evaluations. The Charlotte, North Carolina native graduated from Davidson College and received his medical degree from Duke University. He completed his internship and graduate medical education at the Baylor College of Medicine, and cardiology fellowship at the Duke University School of Medicine. Dr. Oelrich is board-certified in both internal medicine (1976) and cardiovascular disease (1977). He has been accorded fellowships in the American College of Cardiology (1979) and the American College of Physicians (1991) and has been treating business leaders since 1976.

As an internist, Dr. Buchanan specializes in taking care of patients with chronic medical diseases, but also enjoys helping people work towards their personal health goals and develop a sense of wellness. She has an interest in women’s health, metabolic medicine, weight loss management, preventive medicine, and travel medicine. She is a compassionate provider who is dedicated to building lasting relationships with patients.
Her personal interests include leadership in women’s ministry, kayaking, hiking, tennis, and spending time with her family. She has been elected to Fellowship in the American College of Physicians. 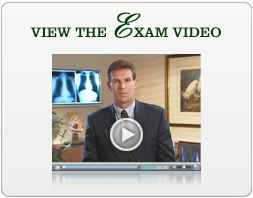